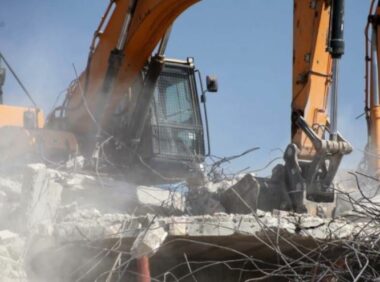 Ghassan Daghlas, a Palestinian Authority official who monitors Israel’s colonialist activities in northern West Bank, said the homes are in the western part of the village, in Area C, under full Israeli control.

He added that the soldiers alleged the homes were built without a permit from the so-called Civil Administration office, the administrative branch of Israel’s illegal occupation.

Daghlas also stated that the homes received permits from the Local Council; however, the army does not recognize these permits.