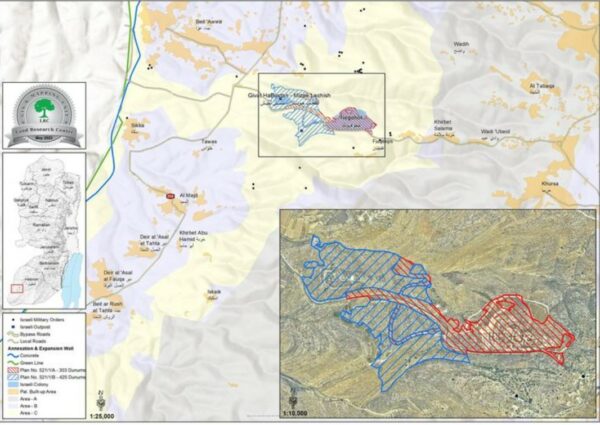 The Wall & Colonization Resistance Commission has approved the “legalization” of an illegal colonialist outpost and legislated plans on 520 Dunams of privately-owned Palestinian lands in Doura town, west of Hebron, in the southern part of the occupied West Bank.

The Committee said the so-called “High Planning Council” approved the structural plans of the illegal Mitzpe Lachish and decided to make it part of the illegal Negohot colony, built on stolen Palestinian lands.

The plan aims to turn the illegal outpost into a “neighborhood” in Negohot, including the construction of 158 new units.

The Committee said the plan would create a large colonialist block on more than 811 Dunams of Palestinian lands where Negohot and Mitze Lachish stand.