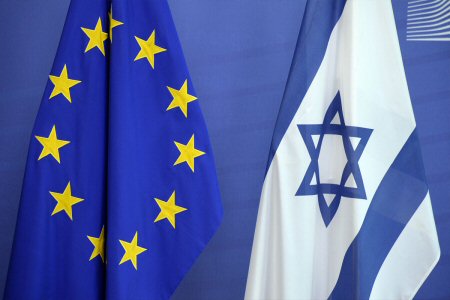 The Israeli Knesset is mobilizing to stop EU aid from reaching Palestinian prisoners or their families, under the pretext that they are “terrorists” or “families of terrorists,” Israel Hayom reported on Friday.

According to the online newspaper, Zionist Union MK Ayelet Nahmias-Verbin, a member of the Diplomatic-Security Cabinet, is gathering support for the project; she has received the blessing of Knesset Speaker Yuli Edelstein and six other MKs from various factions so far.

“Figures we have collected show that, every month, some €4.5 million in EU funds are divided among those who carried out terrorist attacks against Israel and the families of terrorists,” Nahmias-Verbin told Israel Hayom.

The Israeli MK, the newspaper said, had sent a letter to the new EU Ambassador to Israel, Emmanuel Joffre, briefing him about her project and its goals. She also asked for a meeting along with other MKs to discuss the issue.

Israeli Prime Minister Benjamin Netanyahu has previously asked the Palestinian Authority to stop paying former prisoners and families of current prisoners, claiming that they are terrorists or families of terrorists.

Critics of the Israeli occupation have pointed out that while Israel calls Palestinian resistance fighters “terrorists” its government has recently rewarded an Israeli soldier who shot dead an already wounded, motionless Palestinian in Al-Khalil (Hebron), Days of Palestine reports.