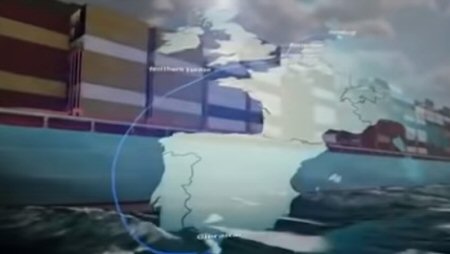 Yisrael Katz, the Israeli Transportation and Intelligence Minister, traveled to Oman, for an international conference, to discuss his proposal for a new system of shipping by sea, in addition to a rail connecting Israel and the Middle East.

During Muscat’s World Congress of the International Road Transport Union, Katz presented his proposal, entitled “Tracks for Regional Peace,” creating a freight rail network between Israel and Jordan, linking it through Jordan to other Arab countries.

Israel would become the focal point for shipping to the Middle East by sea, and the goods would then be shipped via the railway, in Jordan.

Katz claimed, according to Ma’an News Agency, that his proposal in effect would revive the Hejaz railway, the Ottoman-era line that connected Damascus with Medina, through the Hejaz region of Saudi Arabia, with a branch line to Haifa district, along the Mediterranean Sea.

United States Special Envoy to the Middle East Jason Greenblatt posted a statement, on his Twitter account, praising Katz’s proposal, which seeks to establish a trade route connecting Europe with Israel and the Persian Gulf via railway.

The video below shows a short clip of the proposal: