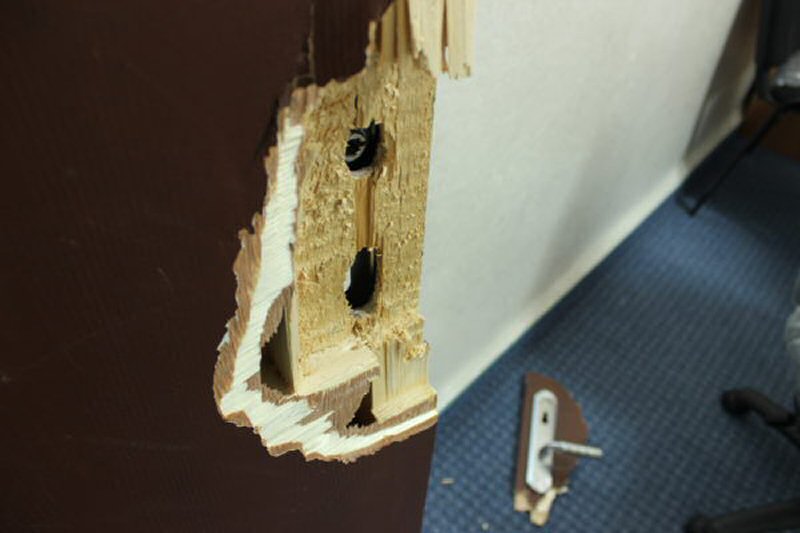 The soldiers searched two press offices in the building, belonging to Ramsat and Pal Media news agencies. After scattering documents across the floor, they confiscated the hard-drives from all computers in the Pal Media office. The soldiers were seen by a neighbour at between two and three o’clock in the morning, having apparently walked from Bab al-Baladiya military base in Hebron’s Old City. 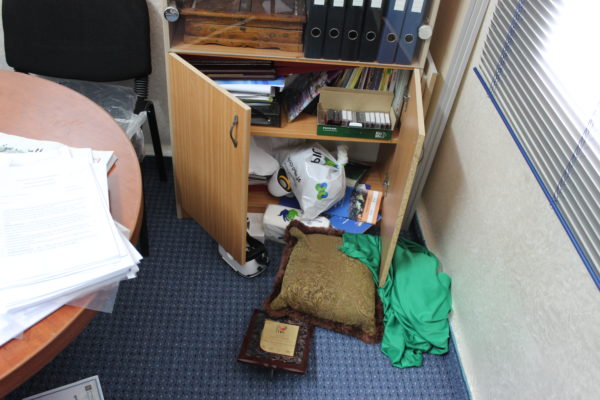 Soldiers searched through Al Quds’ documents during the raid

Israeli authorities had given no prior warning of the raid to Al Quds, and journalists working there said that there had been no recent increase in tensions with the military. The reason for the raid is unclear, as the military have not responded to Al Quds’ requests for a comment. The only explanation offered by Israeli forces was a note posted on the door, which charged that the agency had been working with unnamed ‘illegal organisations.’ 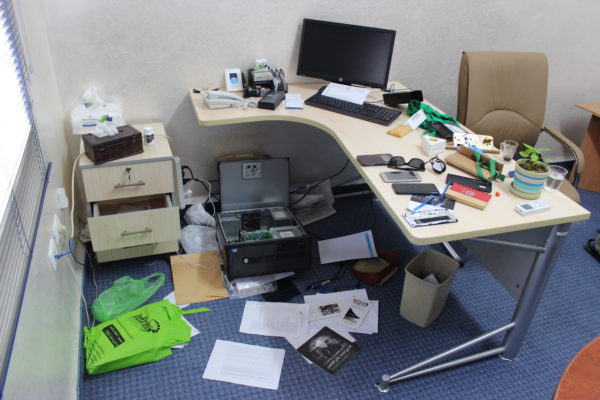 While Al Quds are not concerned that any sensitive information was contained on the hard-drives, some believe that the purpose of the raid was to scare journalists into conducting self-censorship. Akran Natsheh, a reporter for Al Quds, believes that this raid is simply part of an ongoing pattern of harassment.

“Two years ago, they began shooting at reporters when they were covering clashes, and it made them much more afraid to cover what was happening”, Natseh explained. “When Israel starts attacking journalists, you know they are about to make a large violation that they don’t want the world to see.

“Our mission is the same as all journalists – to deliver the truth about what is happening. If they have something against our organisation, why don’t they take us to court? If they had solid reasons they would do that, but they don’t. You say something they don’t like and they shut you down. This is the occupation – when the army is control, this is how they deal with disagreement.”

The raid comes at a time when media laws are tightening under the Palestinian Authority, with a new law on ‘digital crimes’ set to restrict freedom of speech online.

While this is the first time that Al Quds’ Hebron office had been raided, such intimidation of journalists has been a common occurrence in occupied Palestine, where 383 such incidents were recorded in 2016 alone. Notable incidents include the storming of Trance Media offices across the West Bank in 2014, the forced closure of three local radio stations in al-Khalil in 2015 and the arrest of four journalists at a radio station in Dura, last year.

Via the International Solidarity Movement.