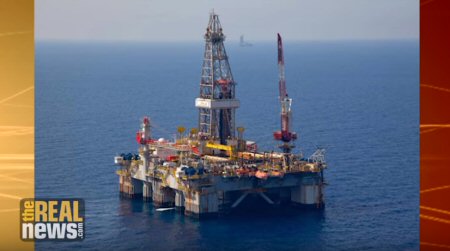 US and Israeli companies are working with Israeli approval to siphon natural gas from Gaza’s territorial waters, even though this is illegal according to international law, says TRNN’s Shir Hever.