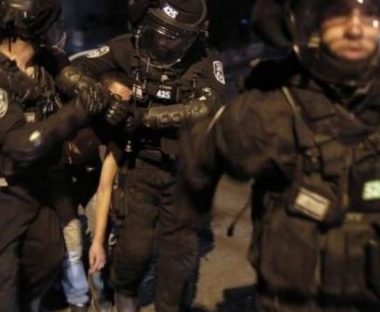 Israeli soldiers abducted, on Wednesday at dawn, eight Palestinians, including children and a former political prisoner, in Jerusalem and Bethlehem, in the occupied West Bank.

The soldiers invaded and searched many homes and interrogated several Palestinians before abducting the eight Palestinians.