Israel Stops Construction of Palestinian Home and Greenhouse in Bethlehem 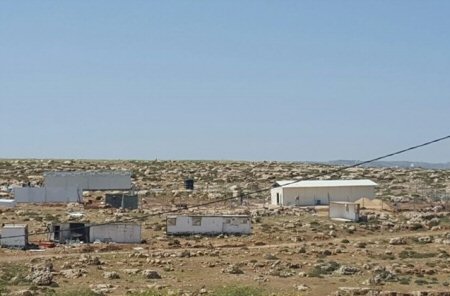 Israeli authorities ordered a halt on the construction of a Palestinian home and a green house in the southern West Bank town of Nahhalin, in the Bethlehem district, on Wednesday.

Deputy Mayor of Nahhalin,Hani Fanoun, told WAFA that Israeli forces delivered a halt on construction notice to Samer Shakarneh, regarding his house.

Shakarneh’s house is of a 13-square meter space.

Israeli forces also handed local resident Sharif Najajreh a halt on construction notice, ordering him to stop the construction of a greenhouse.

According to Ma’an News Agency, Israel almost never gives Palestinians permission to build in land classified as Area C — the more than 60 percent of the West Bank under full Israeli civilian and security control — leaving residents no choice but to build their homes without permits.

Meanwhile, Israeli authorities have advanced construction plans for illegal settlements in the occupied West Bank at an alarming rate.