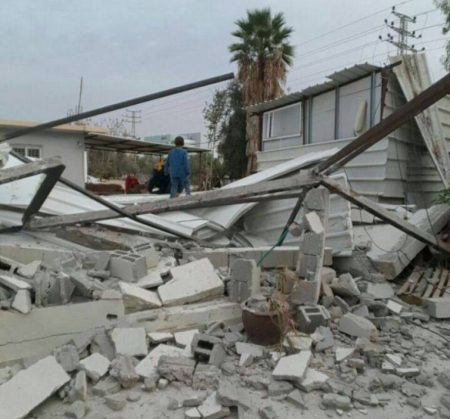 The Mossawa Centre, an advocacy centre for Arab citizens in Israel, said in a statement that “the Kaminitz bill, which will increase home demolitions and further criminalize unauthorized housing and construction, is expected to pass its final reading in the Knesset before March 20, 2017.”

The advocacy centre said, according to Days of Palestine, that this measure was ordered by Netanyahu’s office, noting that “the bill entered its second reading in the Knesset Interior and Environment Committee on 30 January and it is expected to pass on March 16.”

Explaining how the Israeli occupation authorities have restricted the expansion of the Arab communities in Israel, the Mossawa Centre said: “The State of Israel has allocated lands and provided planning services for over six hundred Jewish communities since its establishment in 1948.”

Comparing this to what is happening for Arabs, the NGO said: “Yet, Israel has not created a single Arab locality, aside from the seven it established to concentrate the Bedouin community in the south. Meanwhile, the government refuses to recognize many of the pre-existing Arab villages.”

It also noted that Israel has shown a “deliberate unwillingness to approve master plans for Arab localities and distribute building permits [that] has given rise to a housing shortage in official Arab localities, as well, leaving many with no option other than to build and inhabit structures that are not officially recognized.”

The Mossawa Centre called on MKs “to focus their attention on the roots of unauthorized construction and, in turn, propose and support amendments to the Kaminitz bill that will provide a sustainable solution for those living in unrecognized settings.”