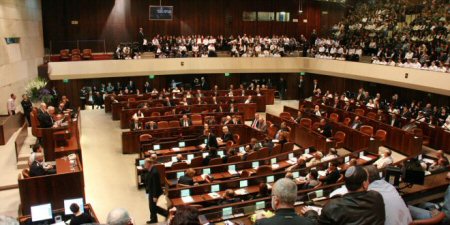 The 2019 Israeli state budget passed its final reading in the Knesset, last week, despite early proceedings being stricken by strife within the right-wing coalition.

The new budget will include increases to the security budget which receives a NIS 6 Billion increase from the previous year, coming in at NIS 76 Billion.

Settlement development is included in the security budget, although, as noted by the National Bureau for Defending Land Rights and Resisting Settlement, in their response to the budget, the budgets of other sectors often contribute also.

Namely, the budget for the Ministry of Internal Security contributes to settlement development, principally because security expenditures for settlements are regarded as an extension of the police force.

The budget for the Ministry for Internal Security amounted to NIS 17 Billion.

The passing of the budget was a tumultuous period for the governing right-wing coalition, according to the PNN.

A crisis emerging from Ultra-Orthodox members of the Knesset threatened to topple the government and bring about an early election.

Ultra-Orthodox MKs held the budget to ransom over the passing of a bill that would exempt yeshiva (orthodox religious) students from the same requirements for military service as the rest of the population.

In response, Finance Minister Moshe Kahlon threatened to quit, should the budget not pass, and in-turn topple the coalition.

After the budget was approved, Kahlon said, ‘It’s true that the past two weeks were very, very difficult and very tedious, we had to solve difficult and complicated crises, but the battle and the efforts were all worth it’.