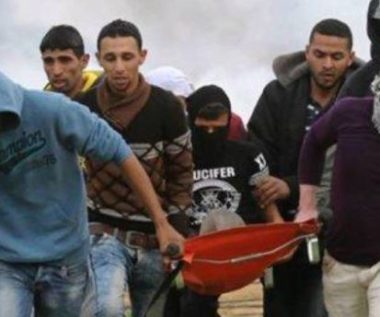 The Israeli Authorities have decided, Monday, to release the corpse of a Palestinian teen, identified as Ishaq Abdul-Mo’ti Eshteiwi, 16, who was killed by Israeli army fire in April of this year.

The decision came after the al-Mezan Center for Human Rights filed an appeal with Israeli courts demanding the transfer of the teen’s corpse to his family.

Yahia Mohareb, a lawyer with al-Mezan, said that the center filed the appeal on April 15th, asking for allowing the transfer of the slain teen to his family for burial.

A senior official at the Palestinian District Coordination Office said, Monday, that Israel has informed them that the Ishaq’s corpse will be transferred on Tuesday, July 2d.

Ishaq was from Rafah, in the southern part of the Gaza Strip; he was shot with several live rounds in the abdomen, and the upper extremities, after crossing the perimeter fence.

After shooting him, the soldiers took him to a hospital, and abducted Hamad Mousa al-Bahabsa, 16, and Mansour Fawwaz ash-Shawi, 16. Ash-Shawi was shot in his left leg, and both teens were later released and sent back to the Gaza Strip.

It is worth mentioning that Israel is still holding the copses of 12 Palestinians, who were killed during the ongoing Great Return March processions in the Gaza Strip, after they crossed the perimeter fence, in the Gaza Strip.