Israel Transfers Corpses Of Two Slain Palestinians To Their Families 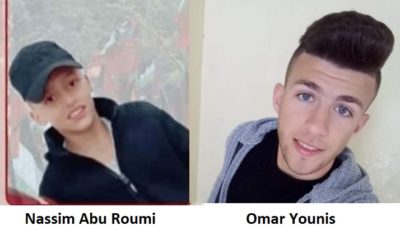 Israeli soldiers transferred, on Friday evening, the corpses of two Palestinians who were killed by army fire in August and April of this year, back to their families for burial.

It added that it also received the corpse of Omar Younis at Elyahu military roadblock, south of the northern West Bank city of Qalqilia.

It is worth mentioning Nassim Abu Roumi, 14, was shot and killed by Israeli police, on August 15, 2019, near the al-Aqsa Mosque in occupied Jerusalem, after an alleged stabbing of an Israeli police officer that resulted in a light injury.

Meanwhile, Omar Younis, 20, died on April 27 209, from serious wounds he suffered a week earlier, after Israeli soldiers shot him at a Za’tara military roadblock in northern West Bank, reportedly after he attempted to stab them.