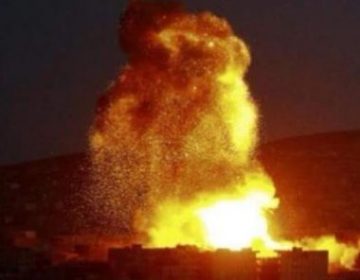 The Israeli Air Force fired, on Saturday at night, at least two missiles into a siege-busting tunnel near the Egyptian border, in Rafah, in the southern part of the Gaza Strip.

The Israeli army said it attacked “underground infrastructure along the border with Egypt.” The first missile was fired by a drone, before an F-19 fighter jet fired another missile into the same area.

The attack was carried out while army drones flew over many areas in Rafah, and other parts of southern Gaza.

The Israeli army only said that it struck “a tunnel on the border with the Gaza Strip,” and held Hamas fully responsible for any escalation that could emerge in the coastal region.

Meanwhile, Israeli Ynet News has reported that Israel has also decided not to open Karam Abu Salem (Kerem Shalom) crossing, Sunday, following an assessment by the army, and added that the military did not provide any details for the reason behind the move.

It described the decision to close the crossing as “unusual,” because there have been no shells fired from Gaza into Israeli areas in recent days, while protests near border areas have also been declining.