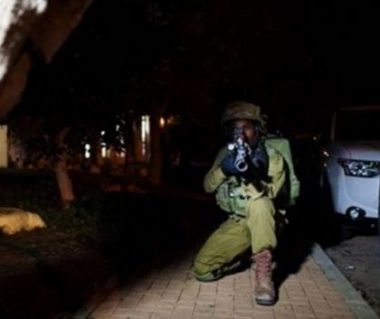 Israeli soldiers invaded, on Monday at dawn, the town of al-Yamoun, west of the northern West Bank city of Jenin, abducted a young Palestinian man, and invaded a car wash facility.

Media sources in Jenin said the soldiers searched a number of homes in the town, and abducted Mohammad Mahmoud Sammar, before taking him to an unknown destination.

The sources added that the soldiers also broke into a car wash facility, owned by a Palestinian, identified as Qassem Frehat, and violently searched it.

In addition, the army installed several roadblocks on roads linking villages and towns with Jenin city, searched cars and inspected the ID cards of many Palestinians.