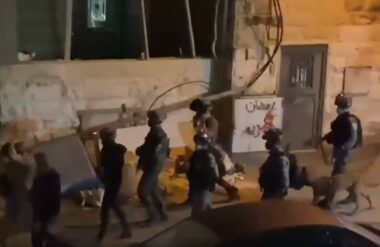 Israeli soldiers abducted, on Monday at dawn, five young men from their homes in the al-‘Isawiya town, in occupied Jerusalem.

The Wadi Hilweh Information Center In Silwan (Silwanic) the soldiers invaded the town, before breaking into and searching several homes, and abducted the five young men.

Also at dawn, the soldiers abducted three Palestinians, including a former political prisoner, in Ramallah and Bethlehem, in the occupied West Bank.