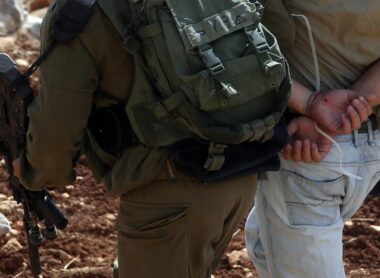 During the invasion, the soldiers interrogated Odah and his family, before abducting him, and took him to an interrogation facility in Jerusalem.

In related news, the soldiers invaded and ransacked several shops in the center of Hebron city, in the southern part of the West Bank, after forcing the Palestinians out. The violent searches caused property damage.

On Wednesday morning, the soldiers chased many Palestinian schoolchildren on their way to their school in the al-Lubban ash-Sharqiya village, south of the northern West Bank city of Nablus.