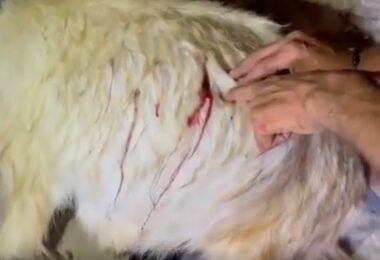 Illegal Israeli colonizers infiltrated, on Tuesday at dawn, a Palestinian barn and stabbed several goats, killing four, in the al-Mafqara village, in Masafer Yatta, south of the southern West Bank city of Hebron.

Local sources said the colonizers infiltrated into the community at dawn and invaded a barn before stabbing several goats.

They added that the attack led to the death of four goats, and the injury of several others.

The families in the area are shepherds and depend on raising livestock as their only source of income.

On Monday, several Israeli colonizes attacked Palestinian shepherds on their lands near Lasefer village, in Masafer Yatta, south of the southern West Bank city of Hebron, wounding one in the head and other parts of his body.