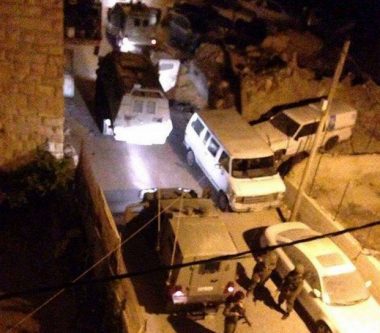 The Palestinian Prisoners’ Society (PPS) has reported that Israeli soldiers abducted, on Thursday at dawn, three Palestinians, including two children, in the West Bank governorate of Bethlehem.

Ahmad Salah, the coordinator of the Popular Committee against the Annexation Wall and Colonies in al-Khader, said the soldiers also detonated doors leading to a medical storage facility in the town, and search it.

Also at dawn, the soldiers detained a young Palestinian man, and installed many roadblocks, in Jenin governorate, in the northern part of the occupied West Bank.