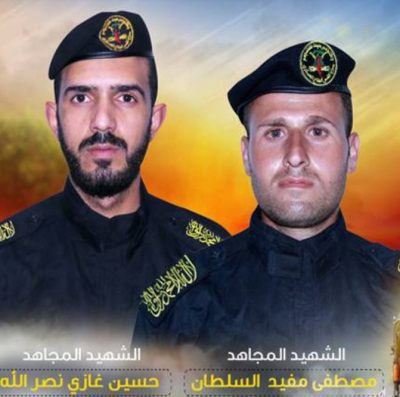 An Israeli army drone fired, on Tuesday at noon, a missile at a Motorcycle in Beit Lahia, in the northern part of the Gaza Strip, killing two resistance fighters, and wounding several bystanders.

The two Palestinians have been identified as Mustafa Mofeed al-Sultan, 29, from Beit Lahia, and Hussein Ghazi Nasrallah, 25, from al-Karama neighborhood, northwest of Gaza city. 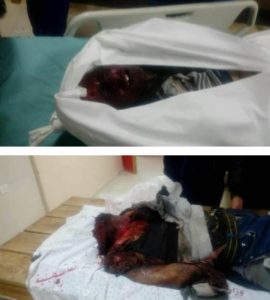 The al-Quds Brigades, the armed wing of the Islamic Jihad, issued a statement mourning the two fighters, and vowing retaliation.

In related news, the soldiers, stationed on military towers and in tanks in the Nahal Oz base across the border fence, east of Gaza city, fired many live rounds and gas bombs, at Palestinians protesting near the fence, wounding four.

Medical sources said two of the wounded Palestinians suffered serious injuries; one of them was shot in the head and the other in the abdomen, while the remaining two were shot in their legs, and were all rushed to the Shifa hospital, west of Gaza city.

In addition, the Palestinian Health Ministry has reported that, besides killing the two Palestinians, the Israeli army shot and injured 153 Palestinians, in the Gaza Strip, and the West Bank, including occupied Jerusalem, Tuesday.

It added that the soldiers shot 22 Palestinians in the Gaza Strip, including one who suffered a serious injury.

It stated that the soldiers have killed six Palestinians, and injured at least 1903; 369 of them were moved to hospitals in the Gaza Strip and the West Bank, including occupied Jerusalem, since last Thursday morning, December 7th.

On Tuesday evening, the soldiers shot a Palestinian child, near the northern West Bank city of Nablus, and moved him to a hospital in Jerusalem.

The army also abducted four Palestinians, including a child, in the al’-Arroub refugee camp, Sa’ir and Beit Ummar towns, in the southern West Bank governorate of Hebron.