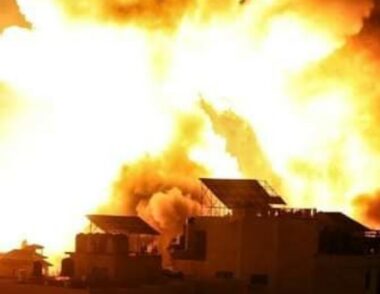 Media sources said the Israeli Airforce fired at least six missiles into a building in the Sheikh Ejleen area, southwest of Gaza city, completely leveling it and causing serious damage to surrounding homes.

The Israeli Airforce also fired four missiles into another area in the Nusseirat refugee camp, in central Gaza, destroying it and causing damage to surrounding homes and buildings.

Eyewitnesses said the boats were fishing less than three nautical miles from the shore and added that the fishermen had to sail back to the shore due to the Israeli violations.

On Saturday, the Israeli army injured more than 41 unarmed Palestinians, most of them with live fire.

Medical sources said that, among the wounded, is a child only 13 years of age, who remains in a critical condition due to his gunshot wounds to the head.

Israeli media sources said one soldier was shot and seriously injured during the protests.