Soldiers Shoot A Palestinian Near Jerusalem 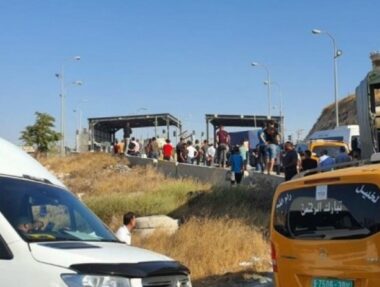 Israeli soldiers shot, on Sunday morning, a young Palestinian man at the container military roadblock, southeast of the occupied Palestinian capital, Jerusalem, in the West Bank.

The name and the condition of the Palestinian remain unknown, as the soldiers closed the area, and later an Israeli ambulance took him to a hospital.

Israeli sources only said that the wounded young man in 25 years of age, while the army claimed the Palestinian was shot when he walked through a lane that is only meant for vehicles, not pedestrians.

The army claimed that soldiers shouted at him to stop, but he allegedly continued walking before the soldiers shot him. The wounded young man did not attack or attempt to attack the soldiers.