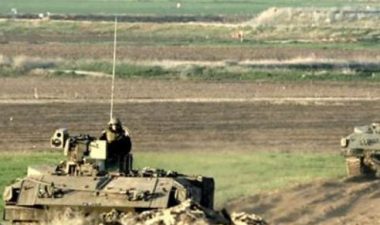 Update: One fisherman, identified Mohammad Sa’dallah, was injured by Israeli navy fire, after the soldiers fired many live rounds at fishing boats.

The sources said the vehicles advanced more than 150 meters into the agricultural lands, and bulldozed several sections, while surveillance drones hovered overhead.

The latest attacks are part of daily violations against the Palestinians, their property and lands, in the besieged and impoverished coastal region.