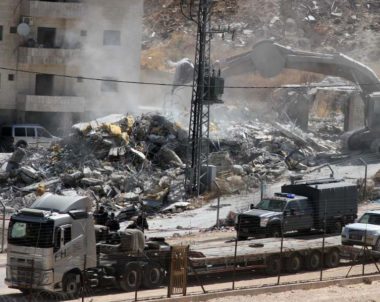 On Wednesday morning, Israeli soldiers, accompanied by bulldozers, invaded Abu Dis town, east of occupied East Jerusalem, before demolishing a shed, an under-construction building, and several stores, owned by Palestinians from the town.

WAFA added that the soldiers also demolished a wall of the soccer filed belonging to Al-Quds University in Abu Dis.

On Wednesday at dawn, the soldiers abducted five Palestinian children, in addition to a mother and her son, in Silwan town, south of the Al-Aqsa Mosque, in Jerusalem.