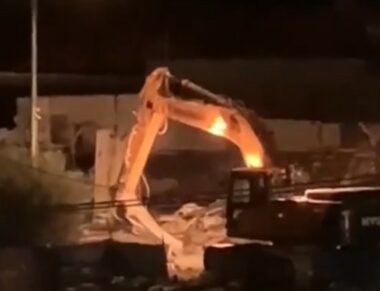 Media sources said the soldiers invaded the main entrance area of the town after isolating it and demolished the fifteen structures, including car repair facilities.

The soldiers also installed a roadblock at the town’s main intersection and prevented the Palestinians from crossing.

Less than a year ago, the army demolished ten structures, including car repair facilities, in the same area under the pretext of being built without permits.