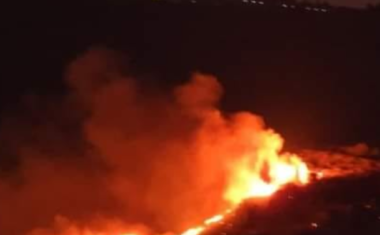 The Israeli army fired, on Sunday at dawn, several missiles into areas in Gaza City and Beit Hanoun, in the besieged Gaza Strip, causing damage.

They added that the army also fired at least one missile at an agricultural land in Beit Hanoun, in the northern part of the Gaza strip, causing damage.

The Israeli army claimed its dawn attacks came in response to “flammable balloons that were flown from Gaza.”

According to the Palestinian Centre for Human Rights, the Israeli army has killed 215 Palestinian civilians, including 47 children, 2 women, 9 persons with disabilities, 4 paramedics, and 2 journalists since March 30th, 2018.