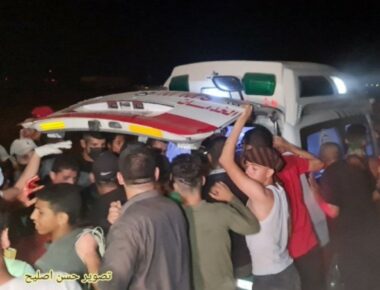 Israeli soldiers injured, on Saturday evening, eleven Palestinians, including three who suffered moderate wounds, during protests near the perimeter fence, east of Gaza city, in the besieged coastal region.

It added that the soldiers also used Quadcopter drones in firing gas bombs at medical teams and journalists.

Palestinian protesters in Gaza said they, and the political factions, gave mediators sufficient time to act on obliging Israel to end its deadly siege and the ongoing violations, but to no avail.

“We cannot remain silent if this siege is not lifted,” they said, “Our patience has run out.”