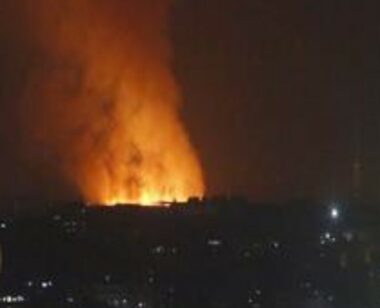 Israeli soldiers fired, on Monday at night, many missiles into several areas in the besieged Gaza strip, causing serious damage.

Media sources in Gaza said the army fired four missiles into a building near the Shuhada Graveyard, east of Jabalia, in the northern part of the Gaza strip, causing damage to the building and surrounding homes.

They added that the army also fired missiles into agricultural land, southeast of Gaza city.

In addition, Israeli navy ships fired sporadic rounds of live ammunition at Palestinian fishing boats in the Sudaniyya Sea, west of Beit Lahia, in northern Gaza, forcing the fishermen back to the shore.

There have been no immediate reports of casualties among the Palestinians due to the latest Israeli attacks.

Israeli sources claimed that flammable balloons that were reportedly flown from Gaza, causing fires near a few colonies across the fence.