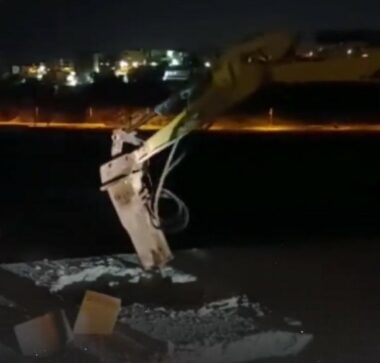 On Friday, the Israeli occupation army forced a Palestinian family to demolish its home in the occupied Palestinian capital, Jerusalem, in the West Bank.

Media sources said the soldiers invaded the Salam area, northeast of Jerusalem, and forced Hamza Abdul-Jawad and his family to demolish their home.

Abdul-Jawa said his home was 200 square meters, built on his land, costing about 200.000 Shekels.

He added that the army threatened to impose a 100.000 Shekel fine if he did not demolish his home, in addition to billing him for the demolition costs if the City Council used its workers and equipment to carry the demolition out.