Israeli Army Injures One Palestinian, Cause 3 Medics To Suffer Effects Of Teargas Inhalation, In Qalqilia 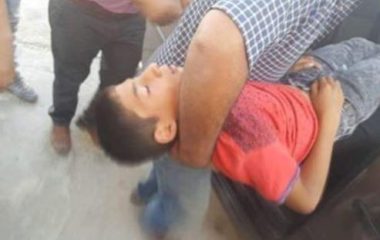 Israeli soldiers invaded, on Friday at dawn, Qalqilia city, in the northern part of the occupied West Bank, shot one Palestinian with a rubber-coated steel bullet, and fired gas bombs at an Emergency Response Center, causing three medics to suffer the severe effects of teargas inhalation.

The soldiers also fired dozens of gas bombs, including many that struck a medical emergency response center, hundreds of meters away from the area of clashes, causing three medics to suffer the severe effects of teargas inhalation.

The Palestinian, who was shot with a rubber-coated steel bullet, was moved to Darwish Nazzal governmental hospital.

It is worth mentioning that the soldiers also invaded and violently searched several homes in the city, and interrogated many Palestinians. The army withdrew later without conducting any arrests.