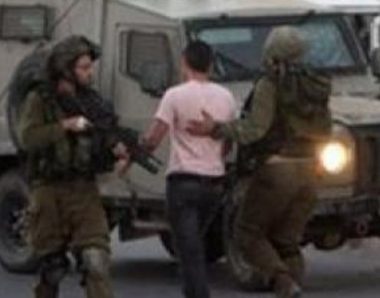 Israeli soldiers invaded, on Friday at dawn, Silwad town, northeast of Ramallah in central West Bank, and Ya’bad town, southwest of the northern West Bank city of Jenin, and abducted a man and a teenage boy.

The Palestinian Prisoners Society (PPS) in Ramallah said the soldiers searched homes in Silwad, and abducted Bassam Hammad, the father of Anas Hammad, who was killed by Israeli army fire on Friday, December 4, 2015.

In related news, the soldiers invaded Beit Jala city, in the West Bank governorate of Bethlehem, and weld shut a Supermarket for selling fireworks.

The soldiers also posted a note on the shop threatening to close stores that sell fireworks, reportedly because some protesters use them against the invading Israeli forces during clashes.

Also at dawn, the soldiers invaded Qalqilia city, in the northern part of the occupied West Bank, shot one Palestinian with a rubber-coated steel bullet, and fired gas bombs at an Emergency Response Center, causing three medics to suffer the severe effects of teargas inhalation.