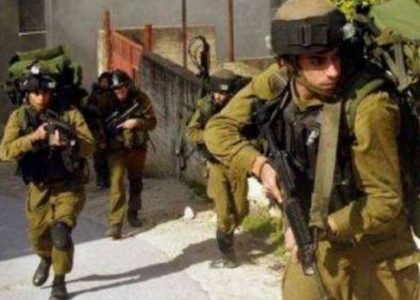 The Bethlehem office of the Palestinian Prisoners Society (PPS) said the two kidnapped Palestinians have been identified as Fares Khader Zreina, 20, and Mohammad Khaled al-Kurdi, 19.

The soldiers also occupied many rooftops, fired gas bombs and concussion grenades at Palestinians who hurled stones and empty bottles at the military vehicles.

In addition, the army invaded Beit Fajjar town, south of Bethlehem, clashed with many youngsters, who hurled stones and empty bottles at the military vehicles, while the soldiers fired several live rounds, gas bombs, and rubber-coated steel bullets.

Medical sources in the town said a child, 16, was shot with a live round in his leg, while many other Palestinians suffered the effects of teargas inhalation.