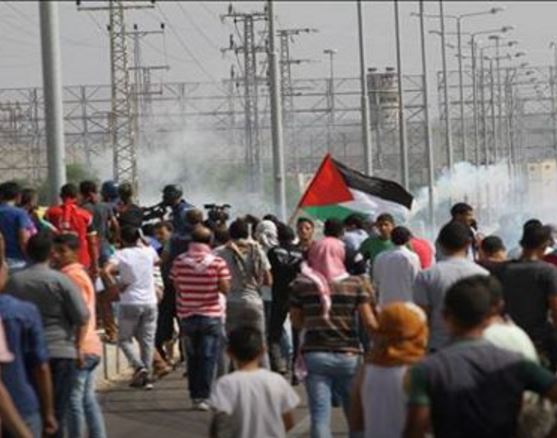 The sources said the soldiers shot three Palestinians with live fire. The three were moved to the Al-Aqsa Hospital, suffering moderate wounds.

The Palestinians were holding a protest march in their land, located near the border fence, east of the al-Boreij refugee camp, when the soldiers started firing at them, leading to clashes.

The march was meant to commemorate the Naqba, in  1948, in which 750.000 Palestinians were displaced for the creation of the state of Israel on their land. Many of those displaced became refugees in Gaza, where they and their descendants remain today.

After the soldiers began firing at the marchers, local youth hurled stones at the soldiers, across the border fence, while the army fired live rounds, rubber-coated steel bullets, gas bombs and concussion grenades.