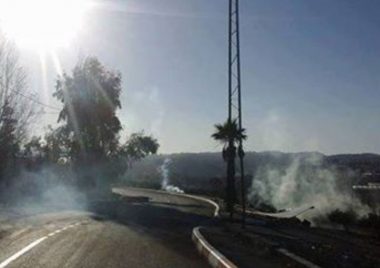 Israeli soldiers invaded, on Friday evening, the town of Teqoua’, east of the West Bank city of Bethlehem, before shooting and injuring three young men, during clashes that took place following the invasion.

Taiseer Abu Mfarreh the director of the Local Council in Teqoua’, said the clashes took place in the center of the town, and near its western entrance, after the soldiers invaded it from several directions.

The official also stated that all wounded Palestinians received treatment by local Red Crescent medics, without the need for hospitalization.