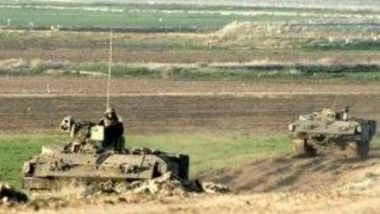 It added that the bulldozes installed sand hills, close to the border fence, in the invaded lands, and uprooting some of them.

The invasion is part of daily violations carried out by the Israeli army in Palestinian lands, in border areas in the coastal region, and constant assaults by the navy against fishers and their boats in Gaza’s territorial waters.

On Wednesday morning, several armored Israeli military vehicles and bulldozers invaded Palestinian agricultural lands, close to the border fence, in the southern and central parts of the Gaza Strip.