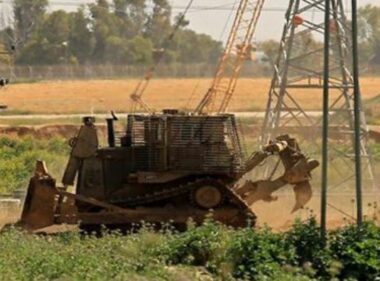 Media sources said the Israeli military vehicles came from a base across the fence and advanced dozens of meters into the Palestinian farmlands.

They added that the soldiers bulldozed lands near the fence, and installed sand hills, while firing live rounds and smoke bombs.

The attack is part of ongoing Israeli violations against the Palestinians in the besieged and impoverished Gaza city, especially on lands close to the fence.

They include firing live rounds at the farmers, in addition to bulldozing their lands, opening dams to flood them, and even spraying them with toxins, leading to serious losses.