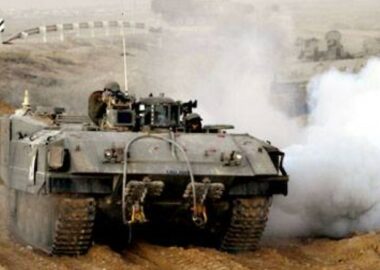 Eyewitnesses said the military vehicles came from one of the perimeter fence’s gates, east of Rafah, and advanced dozens of meters into the Palestinian agricultural lands while firing live rounds and smoke bombs.

They added that the military bulldozers uprooted lands and installed sand hills near the fence before withdrawing.

Palestinian farmers had to leave their lands when they saw the military vehicles invading them to avoid being targeted by the soldiers.