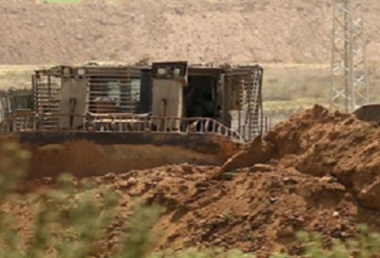 Media sources said that the invasion was carried out by more than ten vehicles, including bulldozers.

They added that the soldiers uprooted sections of the lands, and installed sand hills, close to the fence, before withdrawing.