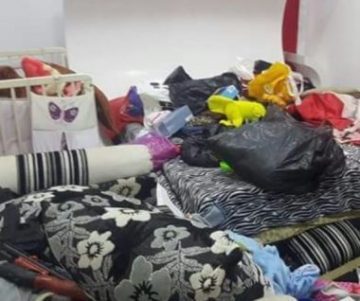 Many Israeli army vehicles invaded, late on Wednesday at night, the village of az-Zawiya, west of Salfit city, in the occupied West Bank, stormed and violently searched many homes, causing excessive damage.

The soldiers surrounded the village, before several army vehicles invaded it, and broke into many homes.

Owners of some of the invaded homes have been identified as Ahmad Raja, Sameeh Firas, Sari Saqer and Firas Adam.

The soldiers conducted excessively violent searches of the invaded homes, causing substantial property damage, and interrogated many Palestinians while inspecting their ID cards.

Az-Zawiya has been subject to nightly invasions and violent searches of homes, in addition to being frequently surrounded, part of illegal collective punishment measures enforced by the military under the allegation that some youngsters continue to hurl stones on army vehicles, driving near the town.

In related news, the army invaded many homes in Qalqilia and Jenin, in the northern part of the West Bank, and abducted two Palestinians.

The army also invaded and searched homes in the southern West Bank district of Hebron, and summoned several young men for interrogation.