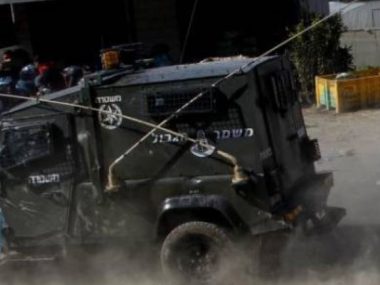 Medical sources have reported that Israeli soldiers chased, on Sunday evening, a Palestinian teenage boy while riding his bicycle near the Tiwani village, east of Yatta, south of the southern West Bank city of Hebron, and rammed him with their jeep.

Rateb Jabour, the coordinator of the Popular and National Committees against the Annexation Wall and Colonies in the southern part of the West Bank, said the military jeep chased the teen, Qussai Mousa Abed-Rabbo, 17, while he was riding his bicycle, and rammed him with their jeep.

He added that the teen suffered various fractures, cuts and bruises, while the soldiers who rammed him just drove away, leaving him on the side of the road.

Palestinian medics of the Red Crescent Society rushed to the scene, and provided the teen with the urgently needed treatment, before moving him to Yatta governmental hospital. His wounds were described as moderate.