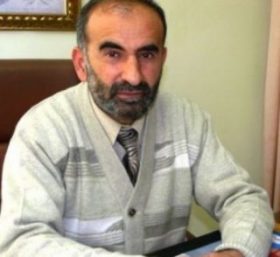 Israeli soldiers kidnapped, on Sunday at dawn, a Palestinian legislator from his home, in Surif town, northeast of the southern West Bank city of Hebron.

The Palestinian Prisoners Society (PPS) said the soldiers invaded the home of legislator Samir al-Qadi, 59, and abducted him after violently searching his property, causing damage.

In addition, many residents suffered the effects of tear gas inhalation in Yatta, after the soldiers attacked Palestinians protesting the closure of their town, especially after the soldiers placed sand hills blocking various roads.

The abduction of al-Qadi raises the number of imprisoned elected legislators to nine.

Al-Qadi has previously been repeatedly kidnapped and imprisoned for many years, including being held under Administrative Detention orders, without charges or trial.

It is worth mentioning that the Israeli army has kidnapped, over the last two days, at least 36 Palestinians, in different parts of the occupied West Bank, including Jerusalem.