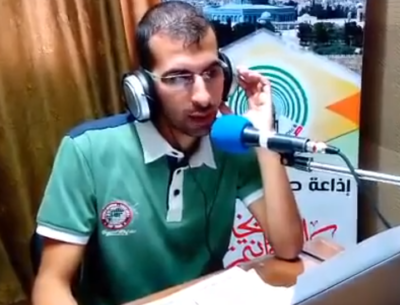 As the Israeli army continues to bombard large areas of the Gaza Strip, including densely populated areas, residential towers, homes, and other facilities, medical sources have confirmed the death of four Palestinians, including a journalist, at dawn Wednesday.

The sources have confirmed that the Israeli missiles killed four Palestinians, including a journalist identified as Yousef Abu Hussein, in addition to wounding at least ten.

They said the slain journalist was killed when the army fired missiles at a home in Sheikh Radwan, north of Gaza city, and added that the wounded Palestinians were rushed to the Shifa Medical Center.

Three Palestinians were killed, and several others were injured, on Tuesday at dawn, when Israeli war jets fired missiles at home in the Rimal neighborhood, west of Gaza city.

The army also fired missiles near the Cars Market in the Zeitoun neighborhood, southeast of Gaza city, in addition to al-Karama residential towers and several surrounding buildings, northwest of the city.

In Khan Younis, in the southern part of the Gaza Strip, the soldiers fired missiles into Bani Soheila town, east of the city, causing serious damage and leveling one home.

In addition, the army fired a missile into a site, west of Rafah city, in the southern part of the Gaza Strip, and a charitable society in the city, destroying the buildings and causing damage to surrounding homes.

The Health Ministry in Gaza said the number of Palestinians who were killed by Israeli missiles and shells at the beginning of the ninth day of the Israeli offensive has arrived at 218.

It added that among the slain Palestinians are 61 children and 36 women, 16 elderly, and stated that more than 1500 have been injured, 340 of them suffered serious or moderate wounds. Israeli soldiers killed, on Wednesday at dawn, at least three Palestinians, and injured many others, after the army fired missiles and shells at Palestinian homes and buildings in the Gaza Strip.

Initial reports stated that the army fired missiles into an apartment in Shuhada Street, in Gaza city, killing two Palestinians and wounding many others.

The missiles caused excessive damage to the targeted apartment and nearby buildings; search and rescue efforts were still ongoing at the time of this report.

One woman was killed, and at least eight other Palestinians were injured, in a series of Israeli airstrikes and bombings in Khan Younis and Rafah, in the southern parts of the Gaza Strip.

Furthermore, the army fired many missiles at roads, farmlands, various structures, and buildings, in addition to main roads, junctions, and many homes, in Khan Younis and Rafah, causing excessive damage.

The army also fired many missiles and shells at sites believed to be run by armed resistance groups and farmlands in several parts of the Gaza Strip.

In addition, the army fired missiles into the eastern area of Deir al-Balah and al-Maghazi, in central Gaza, in addition to Rafah, in the southern part of the coastal region, causing excessive damage.

Also, an Israeli drone fired a missile into a residential building, in the northern part of Gaza city, while a fighter jet fired missiles at a cultural center, east of Khan Younis, in southern Gaza, completely leveling it.

The army also fired many artillery shells into Rafah and Khan Younis, and various areas across the eastern parts of the coastal region.

Before the latest Israeli escalation, the Health Ministry in Gaza said in a report, published on Tuesday afternoon, that Israeli missiles and shells have led to the death of 213 Palestinians on the ninth day of the offensive.

It added that among the slain Palestinians are 61 children and 36 women, 16 elderly, and stated that more than 1442 have been injured, 340 of them suffered serious or moderate wounds.

400 of the injured Palestinians in Gaza were wounded by shrapnel from the shells and destroyed buildings; 105 of them suffered injuries to the head.

May 18, 2021: Day 9 of Israeli Offensive on Gaza: Houses Bombarded and More Civilians Displaced

In Excessive Use of Force during Suppression of Protests in Solidarity with Gaza and Jerusalem, IOF and Settlers Kill 11 Civilians and Wound 109 Others with Bullets in West Bank