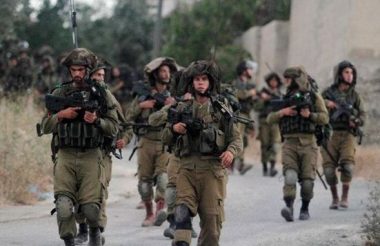 Israeli forces, on Sunday, raided a primary school in the city of Hebron, according to security sources.

Sources told WAFA that soldiers raided al-Ibrahimiya primary boys school, in the Old City in Hebron, and searched the rooms after evicting the students, under the pretext of searching for a ‘wanted’ student.

The Israeli army regularly carries out attacks with the deliberate and reckless use of force against schools and educational facilities across the West Bank, in a serious violation of international law and students’ right to pursue education in a safe environment.

The Israeli army also raided, on Sunday morning, the town of Beit Ummar, to the north of Hebron, ransacking two houses and stealing jewelry belonging to a local Palestinian’s wife.