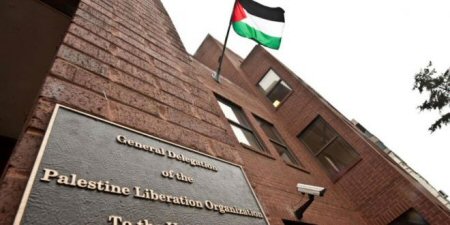 Israeli Channel 2, on Thursday, said that the U.S. is considering closing down the PLO offices in Washington as a sanction for refusal, by the Palestinian Authority(PA), to return to negotiations with Israel.

The PA, following U.S. president Donald Trump declaration of Jerusalem the capital of Israel, announced halt of the Israeli-Palestinian talks, saying that the U.S. is no longer qualified to lead the “peace process”.

In response, the U.S. threatened to cut aid for Palestinians and to close PLO offices in Washington, and sending of the PLO envoy back to Ramallah.

Last week, U.S. vice president Mike Pence visited Israel, where he met with Israeli politicians and addressed the Knesset. Palestinians in return announced general strike, and refused to receive Pence. The U.S. considered this a sign of “disrespect.”

The U.S. has already once threatened to shut down the PLO mission in New York. Back in November, Secretary of State Rex Tillerson sent a letter to the Palestinian leadership warning that the delegation might be shut down as a result of Abbas’s call on the International Criminal Court (ICC) to investigate Israel and prosecute Israelis.

Later, however, State Department officials said that it was decided to keep the delegation open for at least 90 days, and, at the end of that period, Trump could announce that he is prolonging its activity if it is vital for supporting “meaningful” Israeli-Palestinian negotiations.