Israeli Army: “The Palestinian Who was Killed In Hebron, Killed A Settler Last Month” 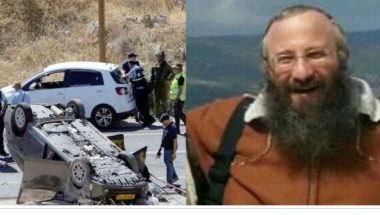 According to a statement by the Israeli military and security forces, the Palestinian who was killed, earlier on Wednesday at dawn, in Surif town, in the southern West Bank district of Hebron, was reportedly the shooter who killed an Israeli settler in Hebron last month. The army also said the soldiers arrested two Palestinians involved in the attack.

Israeli TV Channel Two said the attack was carried out by members of the al-Qassam Brigades, the armed wing of the Hamas movement, who were in a car that sped away after the shooting. It added that the main person behind the deadly shooting attack was Mohammad al-Faqeeh, 29, who was killed, earlier on Wednesday at dawn, following armed clashes with the soldiers after they surrounded a Palestinian home in Surif, before the soldiers fired two missiles into the property.

The Israeli army said its soldiers also arrested two Palestinians, including the person who drove the vehicle, in addition to arresting several other Palestinians. It added that the car that was used in the shooting attack, was also located.

The Israeli Internal Security Services said al-Faqeeh, from Doura nearby town, was previously arrested and imprisoned for his affiliation to the Islamic Jihad, before he became an active member of the Al-Qassam Brigades of Hamas.

Another Palestinian, Mohammad Abdul-Majid Amayra, who was also arrested at dawn, is believed to be the driver of the vehicle, while several other Palestinians were also taken prisoner reportedly for aiding the assailants.

The shooting led to the death of an Israeli settler, identified as Michael Mark, 48, while his wife, Chava, was critically wounded, and their two daughters, Pedaya, 15, and Tehilla, 14, suffered moderate and mild wounds.