Army Kills One Palestinian Near Hebron 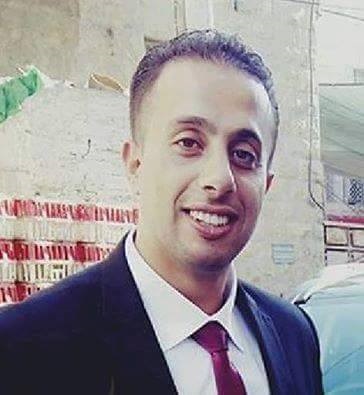 Dozens of Israeli soldiers invaded, on Wednesday at dawn, the town of Surif, northwest of the southern West Bank city of Hebron, and fired missiles into a home, before bulldozing it, leading to the death of one Palestinian, who was barricaded in the property for more than six hours, and exchanged fire with the army.

The head of Surif Local Council Mohammad Lafi said the soldiers located the remains of the slain Palestinian, who was later identified as Mohammad al-Faqeeh, 29, and took placed his body in one of their vehicles before driving away.
He added that at least seven Palestinians were injured in clashes that took place between the invading soldiers and local youths, who hurled stones and empty bottles at the army, while the soldiers fired live rounds, rubber- The soldiers are now completely surrounding Surif, after they declared it a closed military zone, preventing the Palestinians from entering or leaving it.

Dozens of Israeli soldiers invaded, on Tuesday at dawn, Surif town, northwest of the southern West Bank city of Hebron, and fired missiles into a home, before bulldozing and demolishing it.

Eyewitnesses said the soldiers surrounded the property, and used loud speakers demanding a Palestinian to surrender.

An exchange of fire took place between the soldiers, and a person who was barricaded in the home, before the army fired at least two missiles into 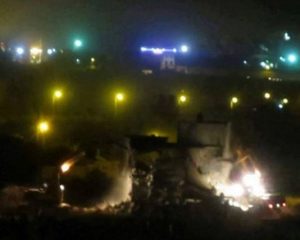 The property in question is a three-story building in Wad Jaddour area, in Surif, and is owned by a Palestinian identified as Mohammad al-Heeh.

The army placed Surif under complete siege, declared it a closed military zone, and said the Palestinian is wanted for the military and security services.

The head of Surif Local Council, Mohammad Lafi Eghneimat, said that the soldiers also cut electricity supplies to Surif and al-Jab’a nearby village, before pushing many armored vehicles into them.

The invasion also led to clashes between the soldiers and many local youths, who hurled stones and empty bottles on the military vehicles, while the army fired live rounds, rubber-coated steel bullets and gas bombs.

Medical sources in Surif said seven Palestinians were shot with rubber-coated steel bullets and live rounds; three of them were moved to a hospital, while many others suffered the effects of tear gas inhalation.