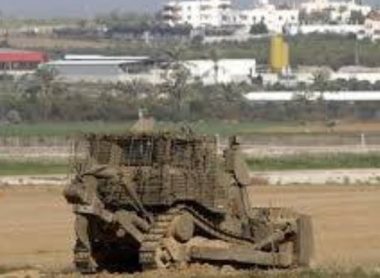 The invasion was carried out by three tanks, and four armored bulldozers, that came from a military base, across the border fence, before advancing approximately150 meters into the lands, and bulldozed large sections.

The soldiers also placed sand hills in the lands, close to the border fence, while military drones flew overhead.

The invasion is part of ongoing Israeli violations targeting the Palestinians and their lands, near the border fence, in the northern and eastern part of the Gaza Strip.