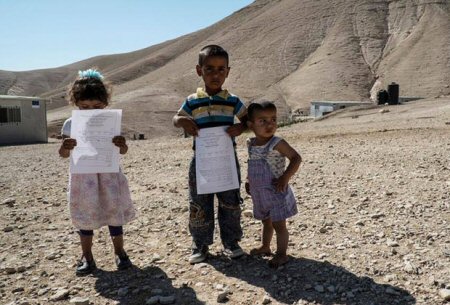 The Israeli government will support a bill barring Palestinians from petitioning the High Court of Justice, a Knesset committee announced on Sunday.

A new bill, put forward by Justice Minister Ayelet Shaked, of the pro-settlement Jewish Home party, would see the cases of West Bank residents redirected to the Jerusalem District Court.

Such cases would include building and planning permits, entry and exit requests, and would also serve as the appeals court for those sentenced by Israeli military courts.

According to Days of Palestine, the move has been justified as an attempt to reduce the High Court’s case load; however High Court justices are known to be critical of Israel’s settlement policies, and have often disapproved government delay to evacuate illegal outposts in the occupied territories, in an attempt to legalize them.

Last month, Shaked advocated for the move stating that the Jerusalem District Court would assess the facts of cases brought by Palestinians, rather than “making do only with the offhanded claims of ownership [by Palestinians] that are not backed up by evidence.”

Last week, Haya Sandberg, a close associate of Shaked, was chosen to serve on the Jerusalem District Court. Known for her strong pro-settlement views, Sandberg would most likely be one of the judges to hear petitions from West Bank Palestinians in her new position.

Reacting to the Knesset decision Arab MK Yousef Jabareen called the bill “another proposal from the workshop of a pro-settler, right-wing government that is seeking to normalize the occupation and is promoting creeping annexation of West Bank territory and of the court system in the area.”