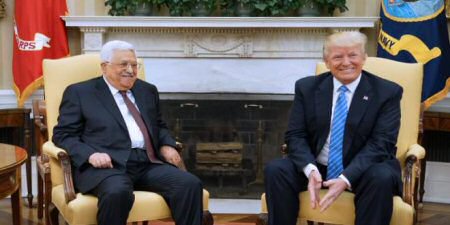 Palestinian and US officials are reportedly holding secret talks brokered by Saudi Arabia to improve relations between the two sides, after US President Donald Trump declared Jerusalem as Israel’s capital, saying he will move US embassy to Israel from Tel Aviv to Jerusalem.

The Israeli Maariv daily reported, Tuesday, that Saudi Crown Prince Mohammed bin Salman is leading mediation between the Palestinian and US sides to break the stalemate between the two and announce  a Palestinian initiative, without mentioning any of its details.

According to the newspaper, Trump will announce the US initiative toward the Palestinians at the annual AIPAC conference in Washington, this week, in which Israeli Prime Minister Benjamin Netanyahu will participate, where the paper predicted that there is an Israeli-American consensus on the matter.

In addition, PNN reports, the Saudi crown prince is leading the secret talks between Palestinian officials and senior White House officials in order to resume the “Middle East Peace process.”