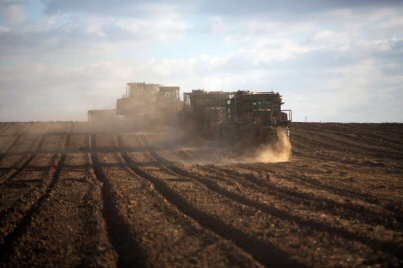 Eyewitness stated that five Israeli bulldozers, of the D9 style, penetrated some 50 meters into Palestinian lands, passing through the Attaqa gate, east of Attufah, Eastern Gaza.

Israeli bulldozers repeatedly sweep  the  lands which is considered a violation of the Cairo agreements of 2014 which came as a result of the summer long Israeli offensive on the region.