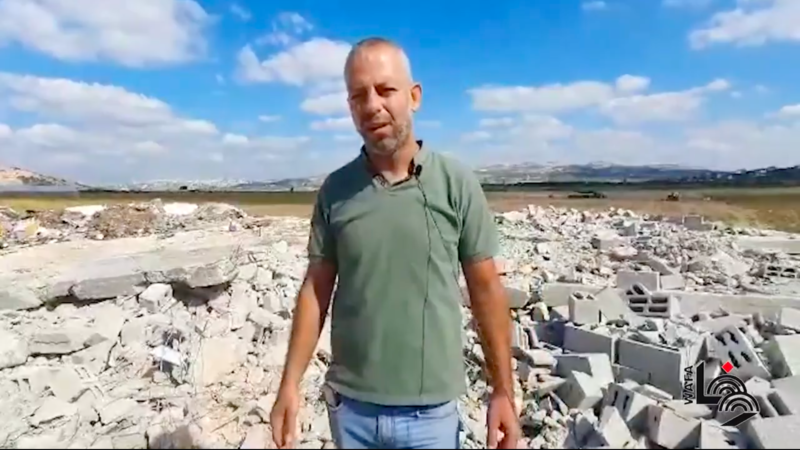 The Israeli army, Thursday morning, demolished a Palestinian-owned under construction bakery, and delivered a demolition notice to a carpenter shop in Arraba town, near Jenin, under the pretext of unlicensed construction, the Palestinian Information Center reported.

Local sources said that an Israeli bulldozer, accompanied by soldiers, demolished the under construction bakery, owned by local, Mustafa Hammadan.

The Israeli army also delivered a demolition notice to another local citizen, announcing the occupation authorities intent to demolish his carpenter shop.

In the besieged Gaza Strip, Israeli military bulldozers, Thursday morning, executed a limited incursion into the southeastern border area of the coastal territory.

According to a reporter for the Palestinian Information Center (PIC), five armored bulldozers advanced from behind the security fence, into a border area to the east of Rafah, in the southern Strip, and proceeded to dig and level large areas of Palestinian-owned land.

Two Merkava tanks were stationed on mounds of dirt behind the border fence, to provide protection for the bulldozers.